Japan’s 2015 World Cup shock 34-32 victory over mighty South Africa catapulted the national team into the limelight, giving the 2019 Rugby World Cup host badly needed momentum to pull their sport out of near obscurity on their own home ground. Heralded around the world as the biggest upset in World Cup history, television ratings in Japan soared overnight from single digit to record breaking heights unimaginable in recent years, while the world clamours to learn about the nation’s rugby and rugby team which had previously only ever won one World Cup match.

Unbeknownst to the world of rugby in general, rugby in Japan has a long and rich history dating back to the age of Shoguns and samurai, The country is, for example, home to the oldest rugby club in Asia – the Yokohama Country & Athletic Club (YC&AC), which held a special 150th commemorative rugby festival and dinner on April 2 2016. No club in either New Zealand, home of the legendary All Blacks, or Wales, another home of rugby, has reached the 150 mark yet.

This history is known and recognised by, for example, the World Rugby Museum in London, but Japan is only just starting to change its view that rugby started in Japan in 1899. 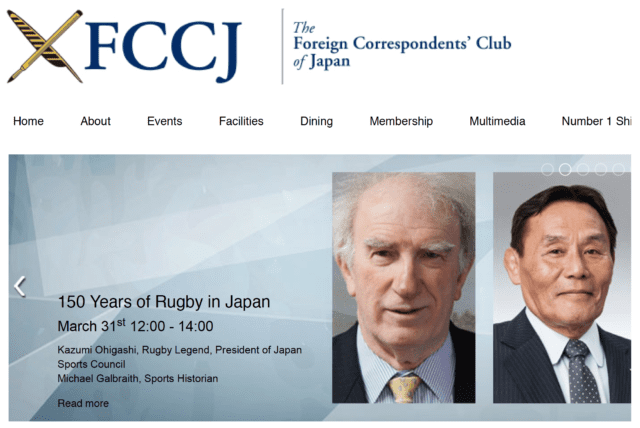